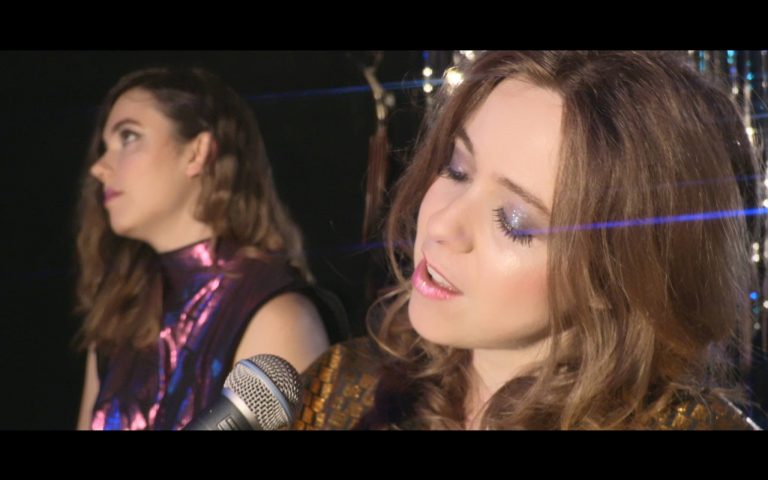 Laisse-Moi has tales of tragic glamorous heroines, women having sex with machines, failed loves and nightlife. Dancing to fight melancholy: that’s the motto of this three-women band inspired by German no wave and French 80’s pop music.

After three years in Berlin, where the band started out playing in 2014, Manon (lead vocals, drum machine), Marie (synth and vocals) and Fleur (synth and vocals) are now based in Paris. Their songs are meandering between dark disco tracks and solemn heart-wrenching ballads, keeping their audience on their dancing feet all night. Their EP « Blue Spot » has been recorded at Blackstone Studios and is released on Solaris Empire, both located in Berlin. The band is working between Berlin and Paris, highly influenced by both cities‘ music history of the last 3 decades.

For booking and more info write us at: laisse.moi.theband@gmail.com

You can meet Laisse-Moi in Paris and Berlin, most of the time.

You can connect with us on facebook to get all the news first.

Buy our music on Bandcamp.

Check out our press kit here.